Scéal Eile Books is delighted to welcome acclaimed authors Nuala O’Connor and Lisa Carey who will read from their work on 21st July at 5pm.

Refreshments served and all are welcome to this free event!

Lisa Carey is the author of five novels including the critically acclaimed The Mermaids Singing and In the Country of the Young, Love in the Asylum which won a Massachusetts Book Award, and Every Visible Thing, which won a Lambda Literary Award for Fiction. She has been awarded fellowships at The Hawthornden Castle Writer’s Retreat, The Tyrone Guthrie Centre at Annaghmakerrig, The Virginia Center for the Creative Arts, and The MacDowell Colony. She is married to a bibliophile and they have one son. She divides her time between Portland, Maine and Inishbofin, Ireland. www.lisacareybooks.com

Nuala O’Connor AKA Nuala Ní Chonchúir was born in Dublin, she lives in East Galway. Her fifth short story collection Joyride to Jupiter will appear from New Island in June 2017. Penguin USA, Penguin Canada and Sandstone (UK) published Nuala’s third novel, Miss Emily, about the poet Emily Dickinson and her Irish maid. Miss Emily was shortlisted for the Bord Gáis Energy Eason Book Club Novel of the Year 2015 and longlisted for the 2017 International DUBLIN Literary Award. Nuala’s fourth novel, Becoming Belle, will be published in 2018. She is working on her fourth poetry collection. www.nualaoconnor.com

With thanks to the assistance of Clare Arts Office. 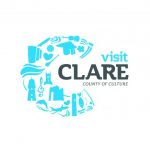